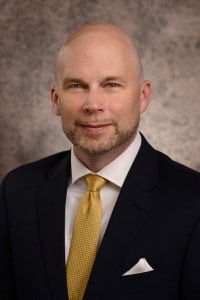 Dr. Neil Franks was elected President and Treasurer of the Missouri Baptist Foundation in October 2017.  The Missouri Baptist Foundation exists to “develop, manage and distribute funds” to Advance the Gospel.  The eight member staff who office in Jefferson City, MO manage more than $145 million in assets, servicing over 900 separate accounts. They provide Money Management Services for Ministries and provide Possibility Planning Services for Individuals.

He joined the Foundation after ten years leading First Baptist Church in Branson, Missouri as Lead Pastor.  During his ministry there, the church nearly tripled in weekly attendance (from 450 to 1250) and more than doubled their general budget ($800,000 to $1,800,000) and their designated missions budget, called the Mission and ME ($80,000 to $200,000).

The church grew from 1 to 3 weekly worship services offering two styles each Sunday. Church staff grew from 5 to more than 20 staff members, while the church completed a $2.7 million building project, paying for it in just under four years.  The church was happy to add 100 parking spaces to their parking lot, and a brand new mission house.

Dr. Franks’ real heart was in leading the church to impact the Branson community through local outreach events called “bashes” while also leading the church to adopt Unreached Unengaged people groups, a “Send City” for church planting and various other events, projects and mission trips around the world.  During Franks leadership at the church, hundreds of individuals were baptized and discipled.

He also served as Connections Team Leader at Council Road Baptist Church in Bethany, Oklahoma from 2003 to 2007.  While there, provided oversight to the Educational Ministries of the church including senior adults, married adults, single adults, children and preschool areas while serving as a teaching pastor for this church averaging 2000 weekly attenders.

Prior to that, he served as Associate Pastor of First Baptist Church, Festus/Crystal City, MO and as pastor of Illmo Baptist Church in Scott City, MO.  While attending seminary, he also was the pastoral intern at Trinity Baptist Church in River Oaks, TX and as Music and Youth Minister as Blue Mound Church, in Saginaw Park Texas.

He was raised in Malvern, Arkansas, the second of two sons born to educators.  He graduated from Henderson State University in Arkadelphia, AR with a Bachelor of Arts degree in Speech Communications.  He earned a Master of Divinity, BL, from Southwestern Baptist Theological Seminary in Fort Worth, Texas, and a Doctor of Ministry degree from Midwestern Baptist Theological Seminary in Kansas City, MO.

Neil met and married Kendra while in college.  It was love at first sight for Neil on the first day of his freshman year; however, it took a little longer for Kendra to be convinced.

Mrs. Kendra Franks is an accomplished musician and currently serves as a Teaching Assistant at the University of Missouri, where she is pursuing a PhD in Music Education.  They have been married since 1994 and have two sons.  Nathan, a junior at College of the Ozarks and Travis, a junior at Christian Fellowship School in Columbia, MO.